In Establishing a New Men’s Shed; Should the Group form their Own Charity or Shelter Under the Umbrella of an an Existing Charity?

Home/Views/In Establishing a New Men’s Shed; Should the Group form their Own Charity or Shelter Under the Umbrella of an an Existing Charity?

In Establishing a New Men’s Shed; Should the Group form their Own Charity or Shelter Under the Umbrella of an an Existing Charity? 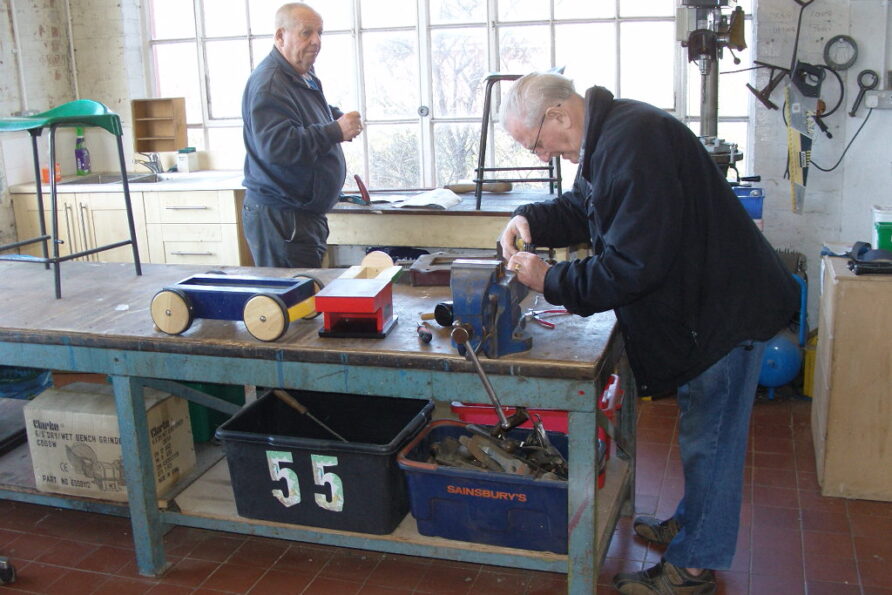 When a group of guys is coming together to form a Men’s Shed, one of the questions that often comes up is does the Shed need to form its own incorporated group?  Or should the shed shelter under the umbrella of an existing charity, who already has a constitution, a charity number, and a bank account?

If there is an existing community organisation such as a church or community association, then it is very tempting and it might seem a no-brainer to simply come under their auspices.  However, in advising groups establishing a new Men’s Sheds I suggest they stop and think for a moment.  As coming under the umbrella of another charity can create unforeseen difficulties, which may be difficult to undo, if a shed goes down this path.

The primary purpose of a Men’s Shed is that it is there for the benefit and interests of the men themselves and not for other purposes. Clearly, the activities of a Men’s Shed will often benefit the local community in terms of making or repairing things for others such as repairing benches or items to commemorate Armistice Day.

However from what I have observed, one of the key benefits for the men is for them to be responsible for the activities themselves rather than the activities be provided for them. This provides an opportunity for autonomy and self-actualisation, which often on retirement gets lost and this can cause a sense of a loss of worth and fulfillment. This can be replaced by being involved and having responsibilities in the shed.

In simplistic terms, the shed is about men doing it for one’s self rather than been done for or done too. This is too often the case in care contexts, which is what guys will want to stay out of the grip of.

It also means that the shed won’t be in a position to be used by a larger charity to justify their own operation and in paying for their overhead cost and staff.

This means that the guys in the shed are often described, not by their strengths and abilities, but rather by their weaknesses and their need. This discounts, what they are and further undermines their sense of worth.  It also can mean that the larger charity gains the credit for the Men’s Shed rather than the men themselves gaining the credit for the effort they have put in and this sense of value is taken from them.

In terms of grant funding, if a shed is part of a larger charity then any grant applications will have to be made by the larger charity. This means that the project may not be eligible for funding aimed at smaller groups or if the umbrella charity has already applied to a fund in one year, such as Awards for All, it won’t be eligible to apply to that fund.

In terms of banking, these days following the Covid 19 it has become increasingly difficult to open a new bank account and it is now a bureaucratic process. However, not making the effort to open the shed’s own bank account may be creating furthermore local bureaucratic difficulties further down the line. I know of one shed, where they needed to receive grants from external funders, and every time they had to explain that the other charity was dealing with their banking which created headaches when the charity’s trustee was away.

It also meant that in terms of being able to pay for items they needed to go to the trustees of the other charity to issue cheques, which had to be justified on each occasion. Whereas, if they had opened their own account, they could easily receive grants and donations directly and make payments for materials by asking their own designated signatories to sign the cheque or authorisation.

Although the process of becoming your own Charitable Incorporated Organisation (CIO) may seem a cumbersome process in terms of form filling, one of the benefits of the process is that the men involved need to clearly decide what the shed group is about. This process helps the men become clear about their vision, how they will operate and is beneficial as it creates the opportunity for a discussion about the core aims and objectives for the shed.

Although this may take longer than simply coming under the umbrella of an existing charity it may prevent some of the disagreements that can occur when people don’t have the same vision for the shed- see my blog on Disagreements in Sheds.

It is not that difficult for a new Men’s Shed group to become its own incorporated charity with advice from; the UK Men’s Sheds Association, other sheds that have already gone down that path, or infrastructure organisations like Community First Yorkshire. The most difficult part may in fact be opening a bank account.

However; undoing a relationship with an umbrella charity may be more complicated. Contracts for the lease of premises may have to be re-assigned and funding held in reserve accounts transferred to the new charity. A liaison may be needed with grant awarding bodies who have funded the umbrella charity for the establishment or operation of the shed etc.

If you are working on establishing a new Men’s Shed and are planning on coming under an existing charity; stop and pause for a moment and reflect on whether this is the best course of action for you.

If you are an existing Men’s Shed and are starting to find that a relationship with an umbrella charity is causing you some difficulty, consider if you should to set up your own separate charity and become responsible for your own destiny. If this is the way you want to proceed this may need some delicate diplomacy; however the longer you leave it the more difficult it will become and the tensions and difficulties may simply get worse.