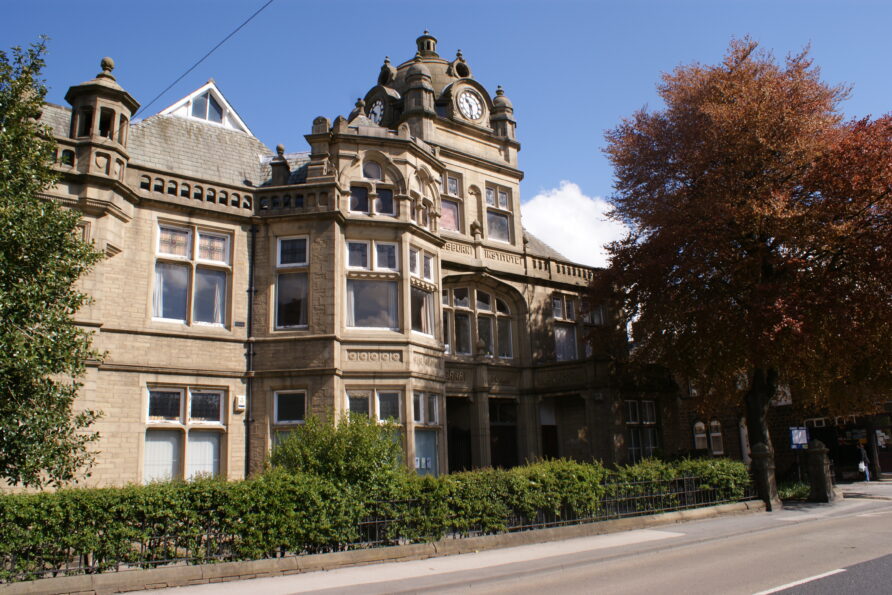 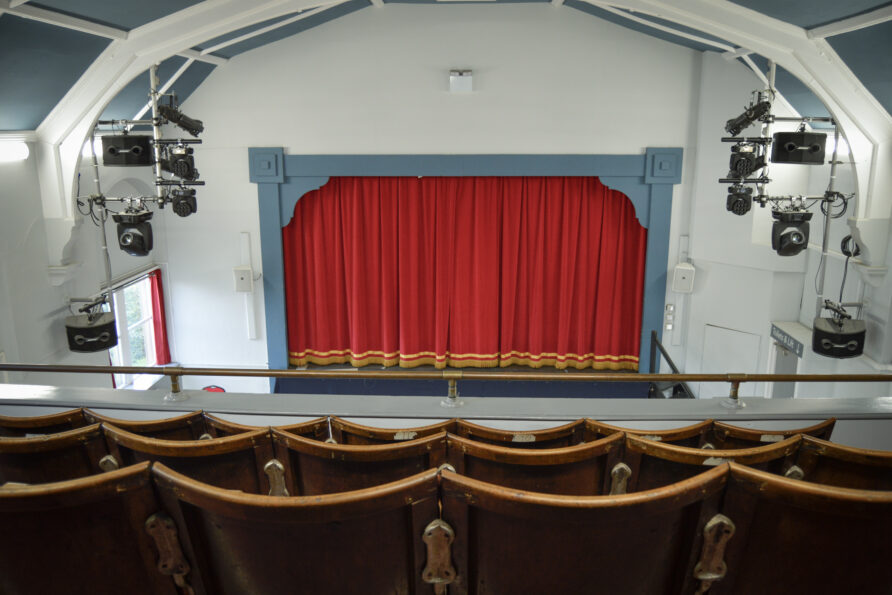 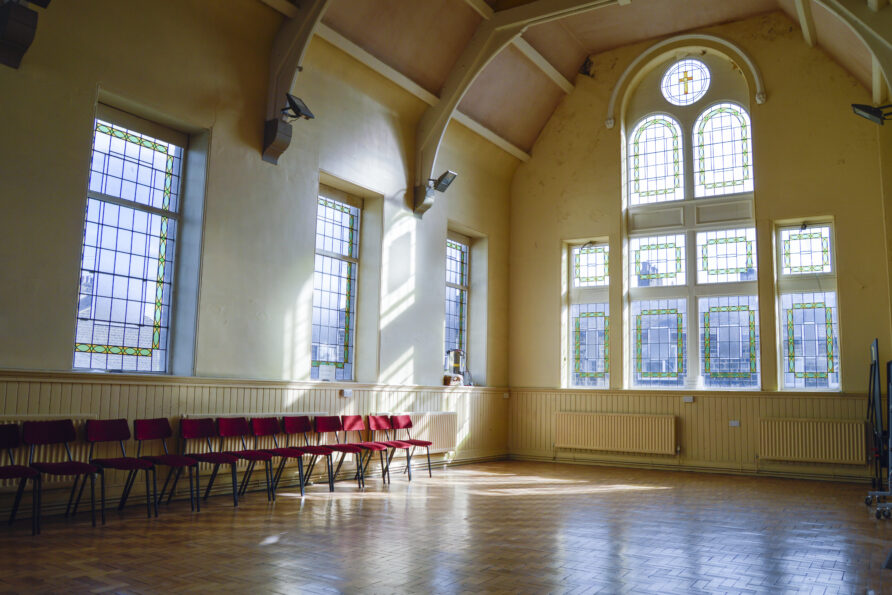 At Glusburn Community and Arts Centre, a large, busy, multi-room community venue, we have many activities which take place on a weekly basis.

As in most village halls in most villages across the country, we host a variety of classes/activities – yoga, playgroups, art classes, dog training and more, something for all ages and interests. However, one great advantage of our venue, a Victorian Institute erected by the local mill owner for the villagers, who were mostly in his employ, is that we have a 215-seat theatre space with a proscenium arch stage. Throughout the year, our stage plays host to performances from local groups and national touring artists. We are home to the longest-running annual Scouts Gang Show in the UK, and the pantomime with flying ballet performed by our resident company Glusburn Youth Theatre. These shows are wonderful, showcasing the talents of local children and entertaining packed houses.

It’s always a treat to host touring theatre, and we are very lucky to have Falling Stars Theatre, founded by Director Rebecca Durham, almost on our doorstep. Their pieces are often an immersive style, staged on the auditorium floor surrounded by the audience and involving them in the performance. For Christmas 2021, when our audience capacity was reduced to about 45 due to coronavirus regulations, Beccy penned a reimagining of The Snow Queen and we worked together to bring this to several socially-distanced audiences.  Their village hall tour of Here I Belong was cut short by the first lockdown in March 2020 – we’re delighted that it will finally be performed here two years later than planned on 25th March 2022. We’re also bringing some comedy to our audiences this year from York-based Bad Apple Theatre, a not-for-profit group who are supported by Arts Council England.

Live music is another key aspect of our programming – we book a mix of local artists, touring tribute acts and well-known names – this sort of show was just impossible when we first reopened but once capacity limits were lifted it was clear that audiences were keen to get back to ‘live’ and we had great ticket sales for our first three acts of the season – David Bowie and Frankie Valli tributes and a local Motown covers band, Soul Train. We’re looking forward to welcoming back Snake Davis (twice postponed) and The Houghton Weavers in the spring, and we’re in the process of finalising arrangements for Kiki Dee later in the year. We’re always working a long way ahead in the diary planning the next season before the current one is halfway through.

Film screenings are held monthly throughout the year. Like other village halls, we can’t get new releases and have to wait until films are released on DVD – we work with Film Bank for our licensing. The increase in the use of subscription channels like Netflix, Disney and Prime mean, of course, that many people have had the opportunity to see films at home even before the DVD release, but seeing something on a big screen as part of an audience, enjoying a couple of drinks from the bar, definitely adds to the experience and our figures still make this aspect worthwhile. To expand on this, we’ve recently started working with CinemaLive who is a distributor of ‘event cinema’. Through them, we have screened live recordings of Ball & Boe, The Australian Ballet, and this weekend we have Cliff Richard on tour! In Glusburn?!

To be able to run our busy venue, alongside a team of dedicated trustees, we do employ a part-time Centre Coordinator who looks after room and event bookings, tickets, publicity and all the other day-to-day tasks. Still, we rely heavily on support from our wonderful volunteers – we simply couldn’t do everything we do without them. Volunteers can help in so many different ways – distributing posters, setting up events, serving at coffee mornings or on event bars, checking tickets on the door and stewarding in the auditorium, running the technical aspects of events, supporting art classes, looking after the garden – we even have a volunteer clock winder! If you want to grow what you do in your hall, particularly in terms of putting on more events, reach out to your community for volunteers to help you do that.

Don’t be put off if your first attempts aren’t a roaring success – take stock, gather feedback, look at what did work, and try again.